I would like to tell you a story about a little Budgie that was bought for a young boy from a pet store. His parents assumed the Budgie was a young healthy bird, suitable as a companion for their son. They had only had him three days when he became ill. They took him to Susie, who is the Sanctuary Vet. Susie rang me to say the Budgie, who they had named Alex, was in fact an old bird and was unresponsive and actually moribund when she examined him.
Susie suggested they bring him to me to see if anything could be done but she did not think he would survive. When the family arrived and I took a look at Alex, I too felt he was near death. He was on his side and still unresponsive.
I had a heated hospital cage prepared for him and made him comfortable. After tending to other birds I returned to check on him, not expecting him to still be alive. He was and was also trying to move. The warmth had revived a little energy. I decided to give him a little intensive care formula and gently moved his little legs to aid circulation and see what, if any, response I could see. His right side was very weak and everything was suggesting he had suffered a stroke.
To my amazement Alex survived the night and was trying very hard to move. I was keeping him hydrated and nourished with the formula and gently encouraging movement in his legs.
I was spending every spare minute talking to him because Budgies are flock birds and do not like being on their own. Alex spent a great deal of time sleeping and everything was a real struggle for him.
After eight days Alex was able to move about. He could not perch and when not moving he laid flat. He was still very weak.
Gradually Alex grew stronger and made a big step forward when he started to perch in an upright normal position. I introduced another gentle Budgie named Bobbie and they are now inseparable.
One morning whilst I was cleaning out their cage, Alex had another stroke. It was not as major as his first one but he could not balance for a day. The following day he regained his grip and appeared to have suffered no other adverse affects.
Since then Alex has gone from strength to strength and now enjoys playing with toys and is such a cheerful little chap.
The chance of him suffering another stroke is quite high but each day is a bonus and with a good varied diet, plenty of stimulation and the company of the new love of his life, may he continue to thrive.
(Pic below) Alex on arrival, moribund, unresponsive 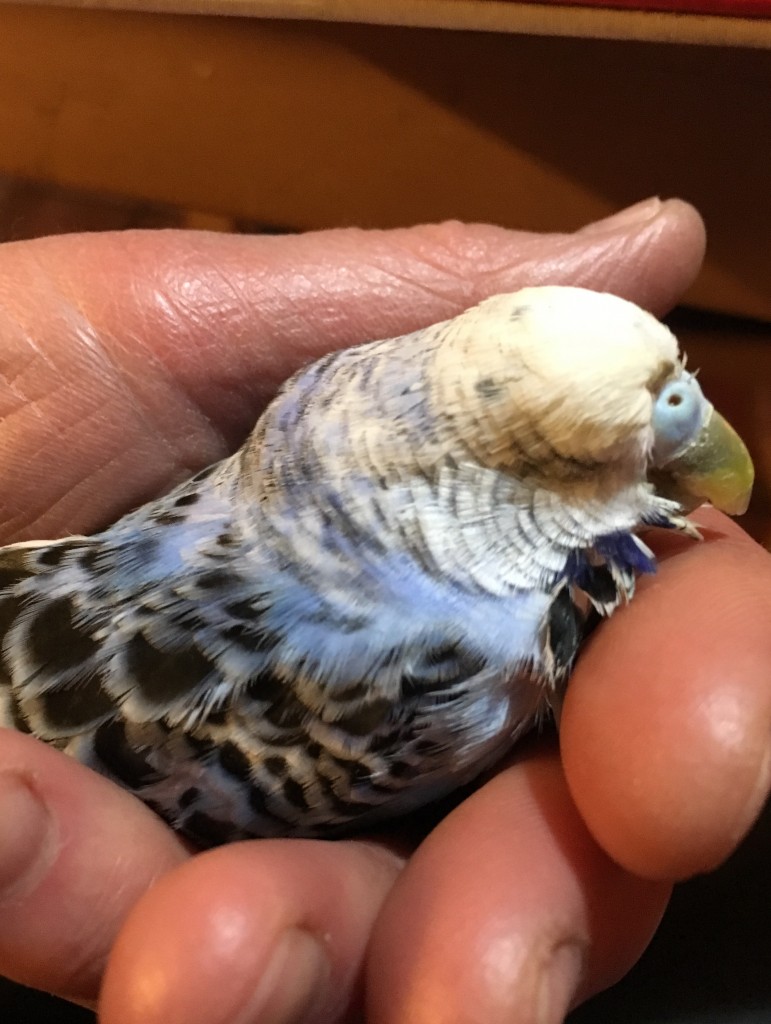 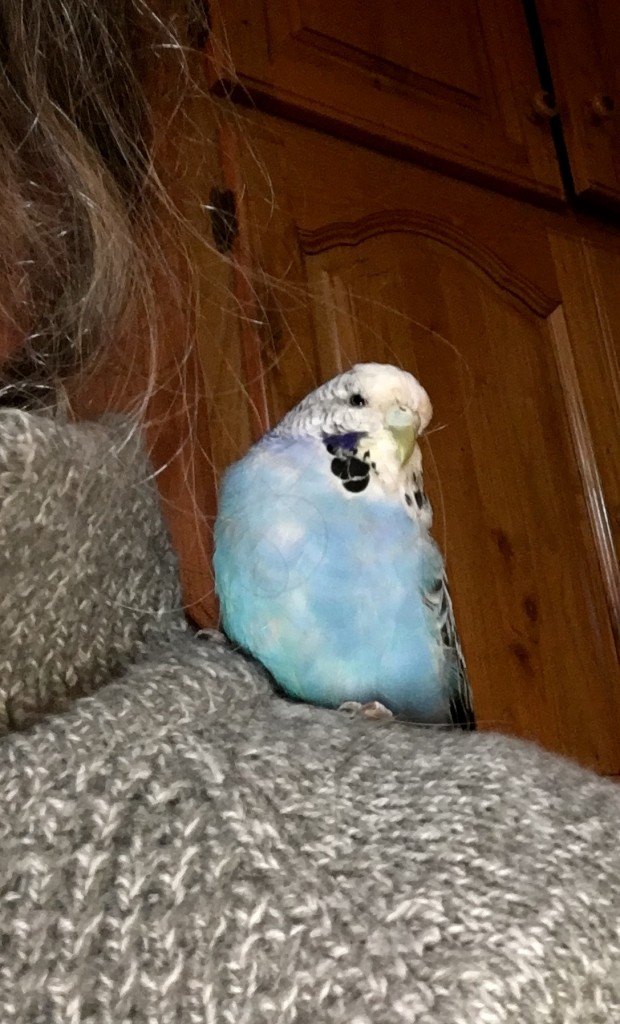